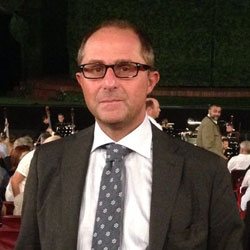 • Enrollment in the profession of lawyer, obtained in Venice on 06.1991.

• Master’s degree in Corporate Governance and Corporate Social Responsibility at the University of Verona on 04.2006.

• From 2007 to 2012: Counselor of the Circumcision 2, with the role of Coordinator of the Culture Commission.

• From September 2012 to June 2017: Counselor in charge of relations with Vicar Culture and Religious Associations.

• Since October 2017: City Councilor in charge of the family.

In accordance with Legislative Decree 30.6.2003 n. 196, soon consent to the treatment of my personal data reported in this curriculum.